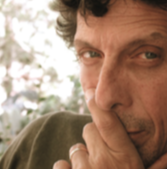 Dario Di Bernardi, agronomist and oenologist, works for 25 years at the Institute of Vine and Wine of Sicily. He started working in hatcheries, vineyards and experimental winery. In 2007 he attended the Guide to Wines of Sicily associating the labels of wine in a tale of the territory seen in its cultural and anthropological richness. Later he collaborated on the “Charter of the Territories of the Wines of Sicily” in which the idea of the connection between food, landscape and culture was further developed. For several years he deals with exploitation of the territories of the wines of Sicily and rural development, as well as teaching a post-graduate master specialized in wine tourism guides.

He takes part to the birth of the Cous Cous Fest of San Vito Lo Capo. Yet for the Institute he writes on wine and his stories on print and social, and he caresfor the text of a video on the “Wines of the Sun”. Today, within a Framework Programme Agreement between the Institute of Fine wines and Olive Oil, the Regional Minister for Tourism and the Ministry of Economic Development, he works for the development of food and wine itineraries and start up of winehouses with regional and european funds, as part of the strategy for the development of rural incomings.