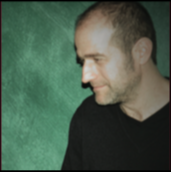 Fabrizio Saputo was born in Palermo on 1968.
After specializing in techniques of improvisational theater, in 1995 he began working as actor under the direction of several directors.
He has collected several collaborations in film, in short films such as Frenz
(by Gabriele Ajello, 2011) and music videos.
He took part in the organizing committee of the International Festival of Short Films SorsiCorti since the first edition