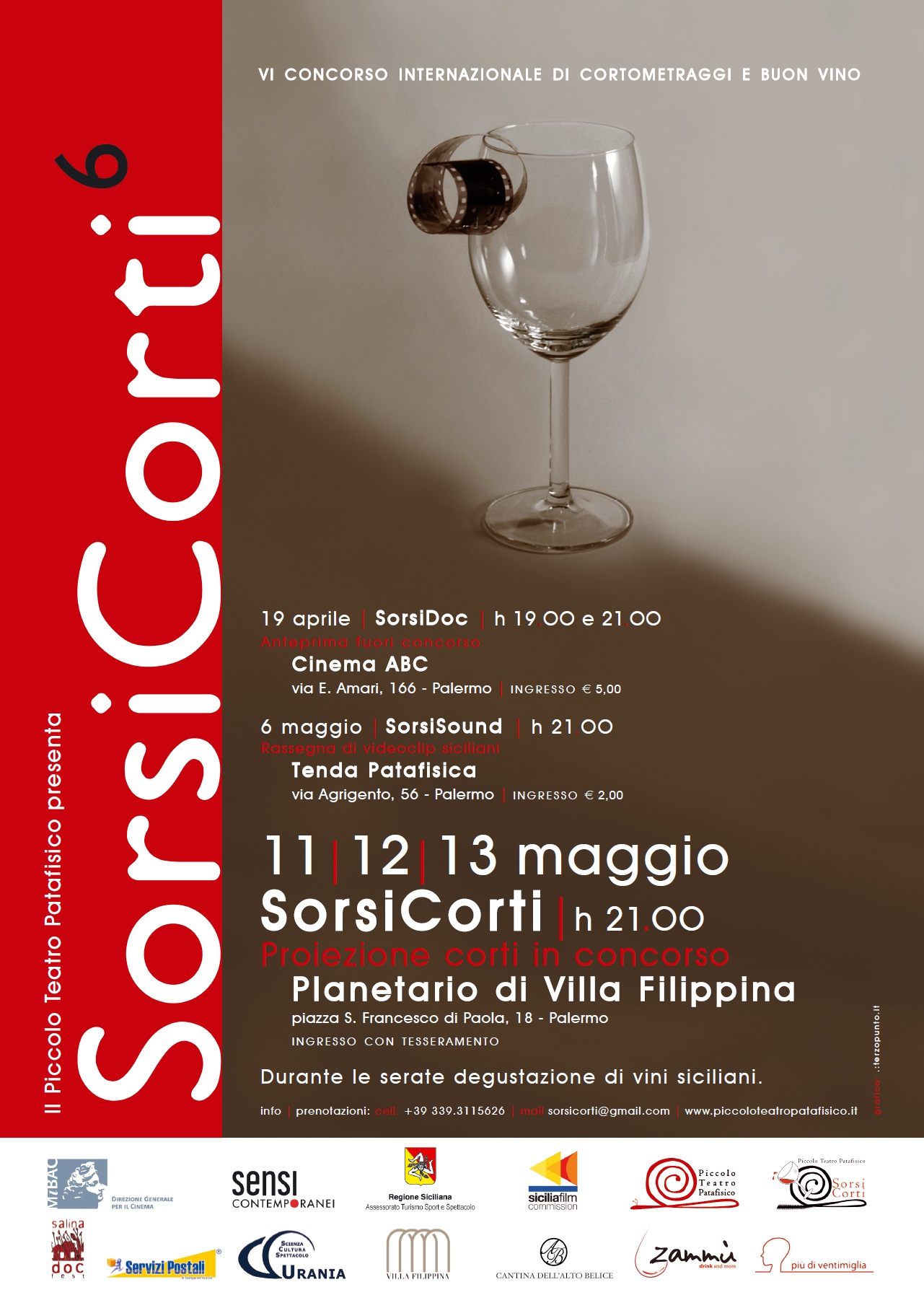 After the events in preview SorsiDoc and SorsiSound dedicated to the genre of documentary and videoclip is the time to SorsiCorti, an event produced with the assistance of the Regional Tourism, Sport and Entertainment to Produce Festival Live entertainment for strengthening Audiovisual Industry. The three usual evenings of the Festival SorsiCorti give the public the Leggi di più<!–:en–>2012 – VI Edition<!–:–><!–:it–>2012 – VI Edizione<!–:–>[…]

Three evenings of quality short films and good wine. This year Piccolo Teatro Patafisico presents SorsiCorti, the short film festival now in its 5th Edition. The event will host short films from all over the world, offering a careful selection of high-quality works and a wide range of genres and filmmaking styles. After five editions Leggi di più<!–:en–>2011 – V Edition<!–:–><!–:it–>2011 – V Edizione<!–:–>[…] 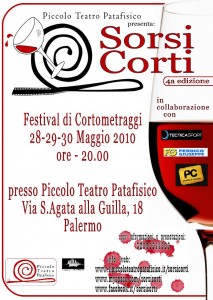 Documentary, fiction and animation: these are the three sections of the festival of short films SorsiCorti, promoted by the cultural Piccolo Teatro Patafisico, which this year reaches its fourth edition. A three-day (May 28-29-30) dedicated to wine and cinema quality in the new creative space Piccolo Teatro Patafisico, with the intent to give visibility to Leggi di più<!–:en–>2010 – IV Edition<!–:–><!–:it–>2010 – IV Edizione<!–:–>[…]